This is the fourth in a series of blogs looking at things NDepend told me about a personal project of mine. The previous posts are:

This is the last of the Critical Rule violations NDepend warned me about in its first analysis. The detailed report looks like this: 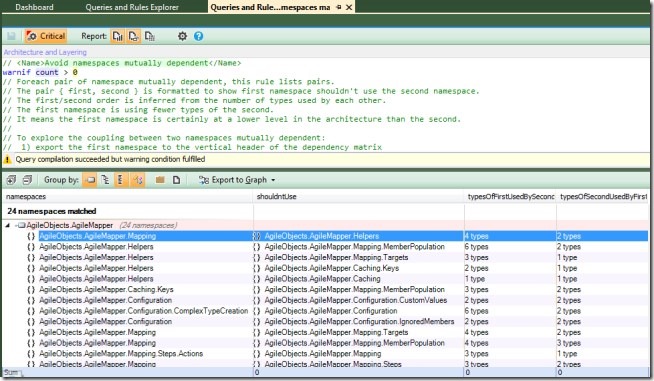 So I’ve got 24 namespaces which have mutual dependencies on other namespaces. Looking at the list, you can see the first five involve the Helpers namespace, which is one I use for extension methods, and the sixth one is Caching.Keys, which I use for classes which generate a unique key against which to cache something. Following the instructions in the report above (export the first namespace to the vertical header of the dependency matrix, with a few more steps after that) gives me a dependency matrix, illustrating which classes are dependent on which:

Drilling into the members to which the black squares relate, you get more detail, along with a nice explanation in a pop-up help box: 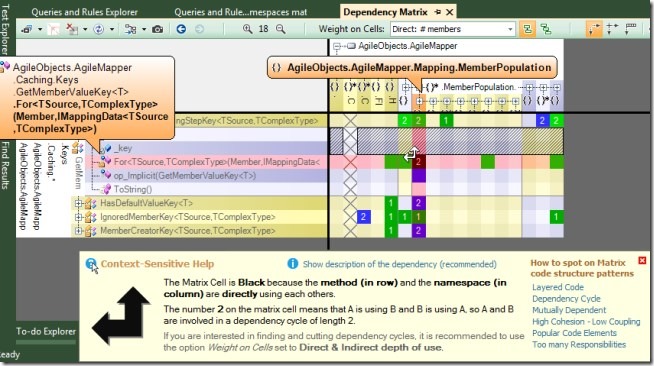 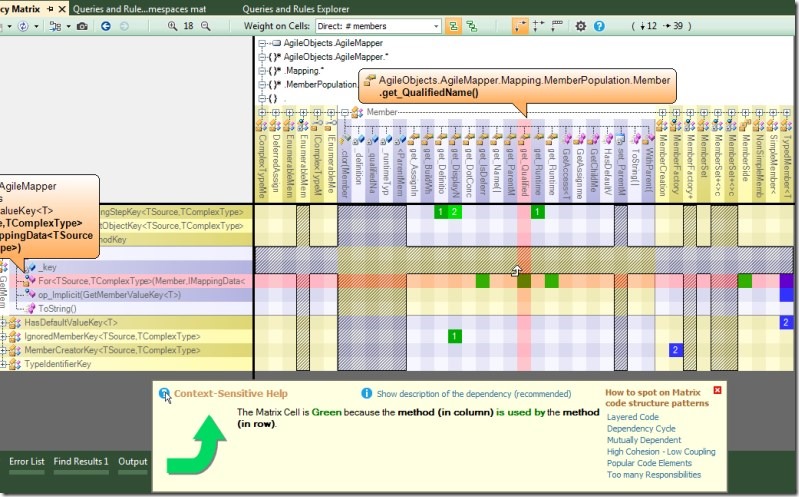 …and see exactly which ones - .For() is using (for example) the Member.QualifiedName property (the green square with the arrow), and the TypedMember<T> type is using .For() (the blue square in the right-most column).

So how can I fix it? I see two options:

So that’s the last of the Critical Rules, next time I’ll start looking at the Non-critical ones, starting with an old classic - a constructor calling a virtual method. Or does it…?